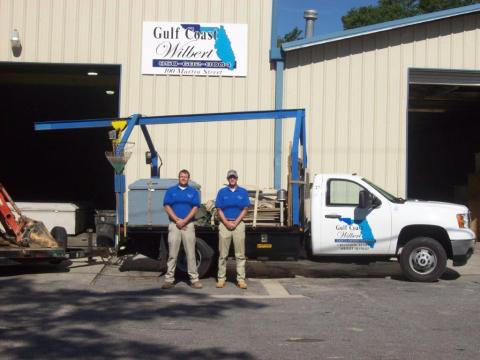 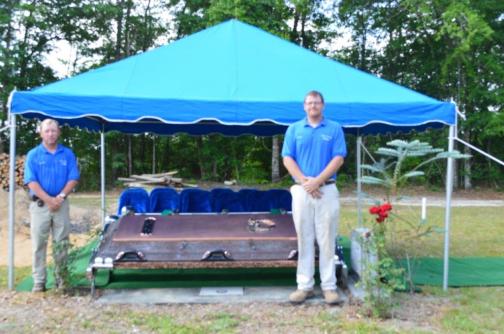 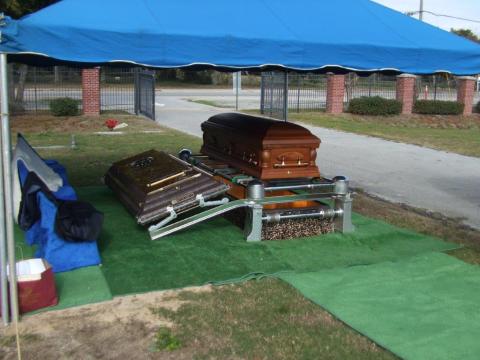 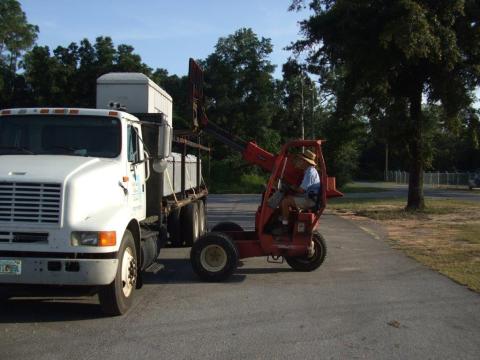 Gulf Coast Wilbert offers its products to funeral homes and cemeteries in the ten county areas in the Panhandle of Florida. Products include outer burial containers and the complete line of Wilbert burial vaults, Signet Caskets, monuments, and the full internment (gravesite setup) including the Wilbert Way Set-up. Also included in our offerings to the funeral homes and cemeteries is the complete array of Wilbert cremation products including urns, urn vault and complete graveside cremation services.

Our retail locations in Crestview, Fort Walton Beach, Pensacola and Panama City offer an array of monuments, mausoleums and sandblast opportunities to the general public. On the commercial side, Gulf Coast Wilbert offers the big block concrete products to contractors, government agencies and home owners that want to erect concrete free-standing walls and sea walls.

Contact us to learn more about Wilbert funeral services or to request a schedule of the upcoming continuing education classes for funeral professionals.

Wilbert offers two types of burial set ups, Wilbert Way (WW) and Above Ground with Lowering Device (AL). Both set ups consists of an above ground seal and a lowering device, also known as The Wilbert Way Lowering Device. The difference in the two set ups is in the placement of the vault and the vault cover during the funeral service.

Six pieces of grass and twelve folding chairs will typically cover a gravesite area and will be neatly arranged under the tents. Gulf Coast Wilbert manages the delivery, setup, and removal of the grass and chairs.

One 15x15 tents are set by Gulf Coast Wilbert at the gravesite for funeral services. The tents cover the burial area and provide a comfortable place for families to gather during the funeral. At the end of the funeral, the family tent is removed.

Nameplates give burial vaults a personalized touch. They are a standard feature of Continental vaults and above. For an extra charge, nameplates can be added to the Salute and Monticello burial vaults. The nameplate includes the name of the deceased and the birth and death dates.

Gulf Coast Wilbert provides grave digging & disinterment services. Wilbert is fully equipped with Backhoe tractors. The grave digging service includes the opening and closing of the grave. Wilbert also provides a Hand Dug Grave service when necessary. If it becomes necessary to move a vault from one location to another, Wilbert can assist with these services. We handle everything from locating the vault to relocating the vault to a new location.

When a hero falls, Wilbert is there.

Our “Commemorating First Responders” program provides families of firefighters, law enforcement officers and emergency medical personnel who have died in the line of duty with a tribute worthy of their valor and sacrifice.

At no charge to the family, Wilbert and our licensees donate a customized Wilbert Stainless Steel Triune® burial vault. If the choice is cremation, we offer a selection of four urns, as well as a Stainless Steel Triune urn vault for memorial tribute. If permitted, a WilbertWay® graveside service may also be included.

Join us as we help families honor heroic lives, sacrificed in valiant service to neighbor and community.

Wilbert Funeral Service in Chicago (corporate HQ) has awarded Gulf Coast Wilbert with "Ultimate Service Provider" for the tenth year in a row.